Read Synopsis of Each Chapter of Alison Bechdel’s Fun Home: A Family Tragicomic 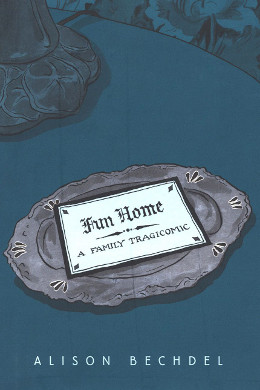 Published in 2006, Fun Home: A Family Tragicomic is a brilliant graphic novel by Alison Bechdel, an American comic author and artist. In this book, Bechdel chronicles, in graphic illustrations, her own life experiences especially during her childhood and teenage days. The graphic novel has won several awards and described by The Times of London as “a profound and important book”.

In Fun Home: A Family Tragicomic graphic novel, Chapter 1: Old Father, Old Artificer, Alison Bechdel's introduces her father and recollects her relationship with him in her childhood. She pictured how it was difficult for her, and her brothers and mothers, to build some kind of bond with her dad. She described her father as an introvert person with unique taste in literature, antiques, and vintage stuffs.

Chapter 2: Happy Death begins with the death of Alison’s father. It was caused by a traffic collision, her dad leapt backward to a moving truck. Many believed it was an accident however Bechdel somehow inclined to think that it was a suicide, that her father intentionally jumped to the truck. She couldn’t be absolutely sure but somehow it was easier for her to accept it.

Alison Bechdel explored into her sexual life, her homosexuality, in the 3rd chapter (The Old Catastrophe) of her graphic novel Fun Home: A Family Tragicomic. She decided to reveal that she’s a lesbian to her parents, who had quite a hard time to accept that fact. However, her mother revealed to her an equally shocking truth. Her father was gay and he had sex with a guy.

In Chapter 4: In the Shadow of Young Girls in Flower, Alison described more about her and her father’s nature and interest. Her father had a great passion in gardening and plants, which she thought was influenced by Albert Camus, on of her dad’s favorite authors. She had never liked gardening, which maybe because she never liked girly stuffs. Alison found herself more interested in masculinity, like her father was.

The Canary-colored Caravan of Death, is the title of the 5th chapter of Fun Home, entitled The Canary-colored Caravan of Death. Here, Bechdel began with analyzing how the geographical location of where she and her family lived might have affected them. She thought the small town of Beech Creek might not have been the most suitable place for her family. Members of her family had strong aspiration toward art and literature. Interest in art and literature was probably the only thing shared by her family, but ironically as each member was often drawn in their own muse, it also became the factor that separate them. 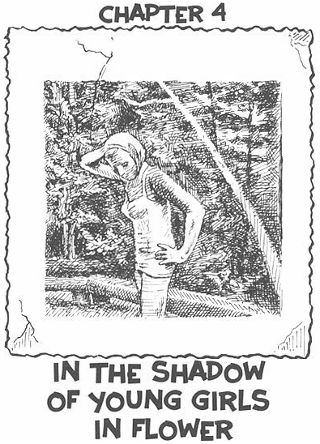 In Fun Home: A Family Tragicomic, Chapter 6: The Ideal Husband, Alison portrayed her life around the age of 13. There were some important moments for her. It was her “obsessive compulsive” year, it was the year she had her first period, and it was also the year when her mother had quite a hectic moment: finishing her thesis and performing The Importance of being Earnest in a local play production. In that year also, her dad was summoned to appear to court for buying beer for an underage boy.

Alison Bechdel ended her masterpiece, Fun Home: A Family Tragicomic, with Chapter 7: The Antihero’s Journey. It is the final chapter in her autobiographical, award-winning graphic novel. In the previous 6 chapters, Bechdel showed how difficult it was for her and her father to bond with each other. There was nearly no emotional relationship between them. However, literature and books had become some kind of bridge between them. Her father seemed to have more attention toward her the more she read books, especially from his collection.